You Are Here : Home » Animals » 10 Interesting Facts about Arctic Fox

These following facts about Arctic fox might definitely provide you much information about this animal. Arctic fox, or also known as the white fox, polar fox, or snow fox, is a small fox native to the Arctic regions of the Northern Hemisphere and is common throughout the Arctic tundra biome. It is well adapted to living in cold environments. It has a deep thick fur which is brown in summer and white in winter. It averages in size at about 85.3 cm (33.6 in) in body length, with a generally rounded body shape to minimize the escape of body heat. Furthermore, to get to know more about animal, here are some other facts about Arctic fox you might be interested in.

They prey on any small animals they can find, including lemmings, voles, ringed seal pups, fish, and seabirds. They will also eat carrion, berries, and seaweed. They form monogamous pairs during the breeding season and usually stay together in family groups of multiple generations in complex underground dens.

The arctic fox lives in some of the most frigid extremes on the planet. Among its adaptations for cold survival is its deep, thick fur,a system of countercurrent heat exchange in the circulation within the paws to retain core temperature, and a good supply of body fat. 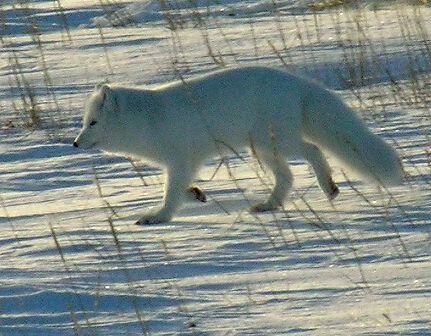 The arctic fox tends to be active from early September to early May. The gestation period is 52 days. Litters tend to average 5–8 kits but may be as many as 25 (the largest in the order Carnivora).

Foxes tend to form monogamous pairs in the breeding season. Litters are born in the early summer and the parents raise the young in a large den. Dens can be complex underground networks, housing many generations of foxes. 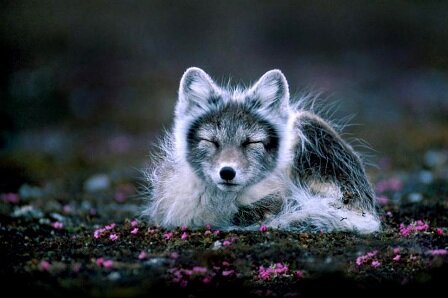 Fish beneath the ice are also part of its diet. They also consume berries and seaweed and may thus be considered omnivores. It is a significant bird egg predator, excepting those of the largest tundra bird species.If there is an overabundance of food, the arctic fox will bury the surplus as a reserve.

The arctic fox has a circumpolar range, meaning that it is found throughout the entire Arctic, including the outer edges of Greenland, Russia, Canada, Alaska, and Svalbard, as well as in Subarctic and alpine areas, such as Iceland and mainland alpine Scandinavia. The conservation status of the species is good, except for the Scandinavian mainland population. 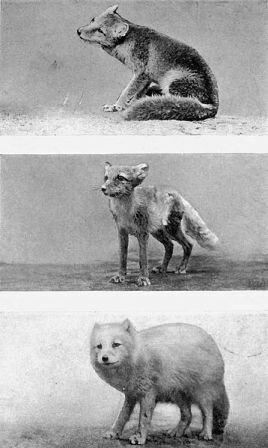 Facts about Arctic fox 7: Only Mammal

The arctic fox is the only land mammal native to Iceland. It came to the isolated North Atlantic island at the end of the last ice age, walking over the frozen sea. The Arctic Fox Center in Sudavik contains an exhibition on the arctic fox and conducts studies on the influence of tourism on the population.

The world population is thus not endangered, but two arctic fox sub-populations are. One is on Medny Island (Commander Islands, Russia), which was reduced by some 85–90%, to around 90 animals, as a result of mange caused by an ear tick introduced by dogs in the 1970s 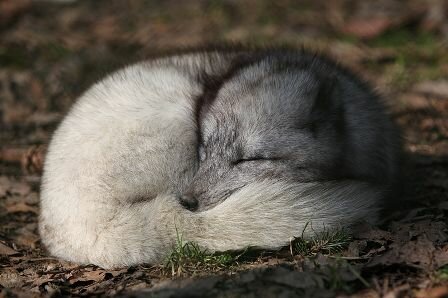 Facts about Arctic fox – Sleeping with its tail as blanket

The other threatened population is the one in Fennoscandia (Norway, Sweden, Finland and Kola Peninsula). This population decreased drastically around the start of the 20th century as a result of extreme fur prices, which caused severe hunting also during population lows. The population has remained at a low density for more than 90 years, with additional reductions during the last decade.

The arctic fox is classed as a “prohibited new organism” under New Zealand’s Hazardous Substances and New Organism Act 1996 preventing it from being imported into the country. 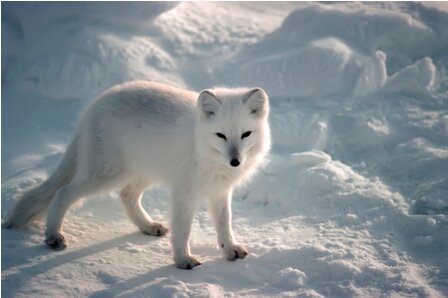 Hope you would find those Arctic fox facts interesting, useful and helpful for you additional reading.