You Are Here : Home » Universe » 10 Interesting Facts About the Sun

10 Interesting Facts About the Sun

Sun is very important for human life. The sun keeps us all alive, but how much do we actually know about the Sun? The following are 10 interesting facts about the sun. Let’s see whether you have known it well.

The Sun is on fire is not in a literal meaning. Fires on earth are chemical reactions and processes known as combustion which requires a source of oxygen to continue. But there is no oxygen on the Sun, so the fires are created by burning hydrogen in a process called nuclear fusion. In short, it is absolutely different with fires that you made in chemistry class.

2. The Sun has structure

What we can see is that the Sun  is just one big ball of fire. But, in fact, it actually has structure in the form of layers. The surface of the sun is called the photosphere, and is made up of thick gases. You can’t walk on it, though as it is a gas and you’d sink into the middle. Underneath this surface is three others – the core, the radiative zone and the convective zone. 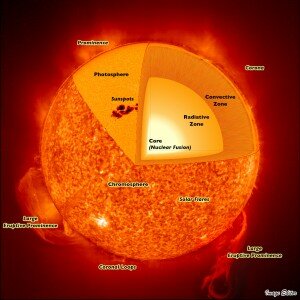 3. It takes 8 minutes for sunlight to arrive

The sun is 93 million miles away from Earth and it takes 8 minutes for sunlight to get to the Earth. So,  if the Sun stopped shining suddenly, it would remain daylight on Earth for 8 minutes before it went dark. That means we get a whole 8 minutes extra to live before we all freeze to death.

As your information, the sun constitutes 99.8% of the mass of the solar system with Jupiter taking up the most of the small amount left. So, basically, our planet barely exists really, and the Sun is not only in our solar system, it pretty much is our solar system. 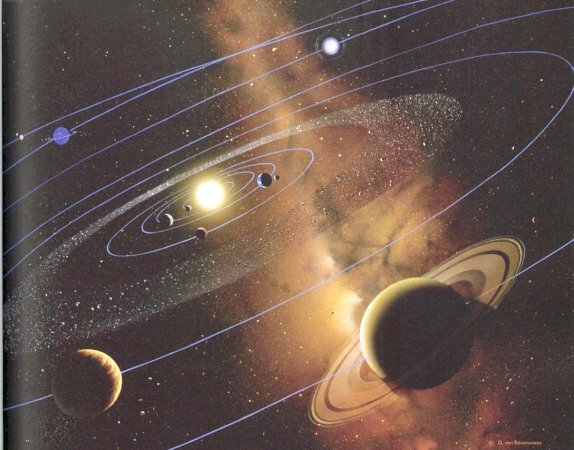 5. The Sun has just over 6 Billion years left to live

The general estimation claims that the sun’s life period at between 5 to 6 billions years left. When it comes to the end of its life, it will become a red giant. It means it will get bigger followed by various other contractions and expansions before it becomes a black dead dwarf.

6. It is Getting Bigger, and Hotter

The Sun is getting bigger and absolutely hotter. Then, it will eventually wipe out all life on planet Earth in the process. It will continually get hotter until the ice caps melt and the planet becomes flooded, the oceans will evaporate, and the surface will become to hot to sustain any life including bacteria. Finally, the Sun will overwhelm our planet.

Probably, almost all people perceive the sun is yellow, but actually it is white. Why people perceive it as yellow is not generally understood. It is possible that people compare it to the blue sky, or they are used to looking at/near it when it is lower in the sky when atmospheric effects makes it appear yellow or orange. 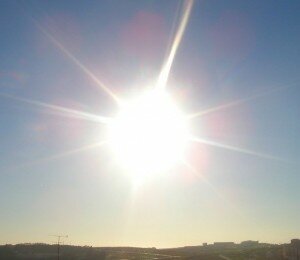 8. You won’t go blind looking at the Sun

When we’re young, everyone told that we would be blind if looking at the sun. Actually, looking at the sun won’t make you blind, but it is just possible to damage your eyes. Most reports of damage to the eyes caused by the sun occurs during a total lunar eclipse, and this is not just because more people are looking towards the heavens when an eclipse occurs. It is also caused by pupil changes when the sun is blocked, as it dilates to let in more light – a natural reaction in darker surroundings. When the sun reappears, because the pupil is still dilated the retina becomes flooded with intense light which can cause damage, but still no cases of permanent blindness.

9. The Sun is mostly hydrogen and helium

As I said before that there is no oxygen at the sun so we cannot breath. It is mostly hydrogen and helium. Helium is what makes balloons stay up and makes your voice squeaky. This means that if you weren’t burnt to a crisp visiting the sun, your voice would be pretty high pitched.

10. A pinhead as hot as the sun would kill all Human Life within 150 kilometres

Nearly all claim that you would have to be at least 150 kilometres away from a pinhead as hot as the sun to survive. Some reports claim it is more like over a thousand miles. Either way if a pinhead somewhere decides to become as hot as the sun, I believe you don’t really want to be anywhere near it.

Those are some sun facts that  may be interesting enough for you.