You Are Here : Home » History » 10 Interesting Facts About Titanic

Who does not know the “Titanic”? The name of the ship is increasingly popular after the release of the film with the same title from the legendary ship that sank, “Titanic” in 1912. The film was adapted from the tragedy of the sinking of the luxurious cruise ship, Titanic on its maiden voyage in the Atlantic Ocean. Some researchers find things that might be the cause of the tragedy. Below are some interesting facts about Titanic and the tragedy that happened almost a century ago.

1. A novel about the sinking of Titanic

It is unbelievable but true. In 1898 (14 years before the Titanic tragedy), there was published a fictitious novel titled Futility wrote by Morgan Robertson. This novel was about the largest ship ever built in the world hitting an iceberg in the Atlantic ocean on a cold April night. The ship was named Titan that is also fictitious. The real ship was named Titanic and were similar in design and their circumstances were remarkably alike. 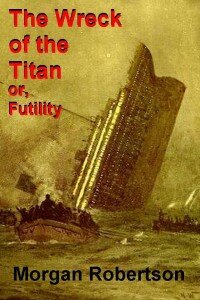 2. Broke the customary on the ship.

Titanic broke the tradition or custom in a cruise ship. For example it is like a must to break a bottle of champagne in the bow of a boat when it launched. The Titanic launching did not include this tradition. 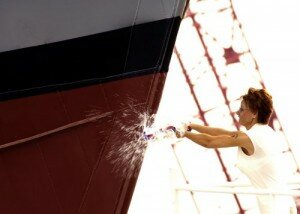 Breaking a bottle, a tradition in launching a ship

3. Some people might not have to experience this tragedy.

In fact, not all passengers on the ship was really want to travel by the Titanic. Many of the passengers were supposed to be traveling on the other ships. Due to a strike, coal was in short supply. This absolutely threatened Titanic‘s maiden voyage and forced the White Star Line to cancel its travel on the Oceanic and Adriatic, then transfer their passengers and coal stocks to the Titanic. 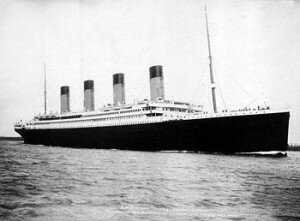 At that time, Titanic was the largest and luxurious cruise ship. So, many people, particularly the rich ones, wanted to experience the interesting journey in that largest ship, including couples who are newly married. Unpredictable, there were 13 couples on the ship celebrating their Honeymoons. It was the unlucky number in the myth. 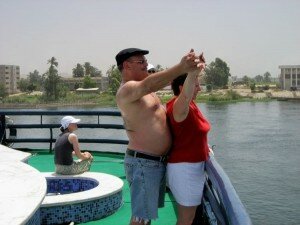 The memorable pose in ” Titanic” movie

I don’t know why that there were no cats on the Titanic. Whereas cats were often believed on ships as a form of good luck. Besides, they also controlled rats. 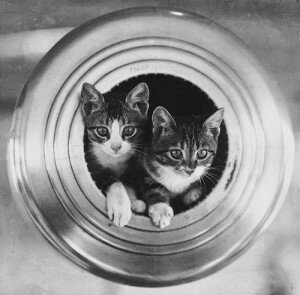 6. Did not have binoculars.

The lookouts in the crow’s nest did not have binoculars. It might be one of the several things that caused Titanic tragedy. Having binoculars might have prevented this tragic tragedy. 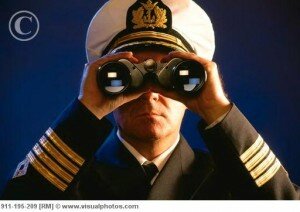 7. A man disguised as a woman.

When Titanic started to sank and people started to get on the saving boat, the captain ordered to get women and children into the lifeboats because of the limitation of the boats. Then, no one realized that a man named Daniel Buckley, disguised as a woman to safe his life. 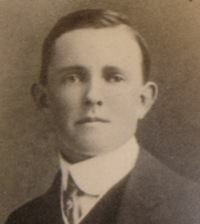 At that time, Titanic‘s whistles were naturally the largest whistles ever made and took to the sea.  Its weight is close to 750 Ibs each and constructed of heavy-duty hard-wearing bwonze, they stood a little over 4 ft tall and were powered by steam. Three individual chambers with their diameters of 9″, 12″, and 15″ are combined to sound very powerful in the sea. Titanic’s whistles could be heard from a distance of 11 miles.

Titanic‘s length is 882.75 feet. It was about as same as the Empire State building or Tower Bridge in London. The height that is 175 feet was approximately same with the Tower Bridge also. 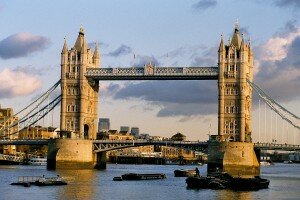 10. Total time of the Titanic sank.

The Titanic sank about 2 hours and 40 minutes after the starboard (right) side of the bow hit the iceberg. The time interval from first sighting of the iceberg to impact was a little over 30 seconds. And it probably took Titanic about 15 minutes to reach the ocean floor. It can be inferred that Titanic sank at a rate of 10 miles per hour (or 16 km per hour). 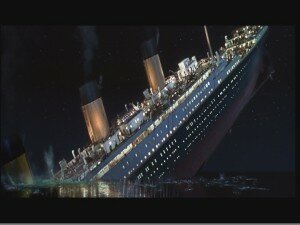 Titanic is sinking, a scene in the “Titanic” movie

Those are several Titanic facts that some of them might be the cause of the sinking.